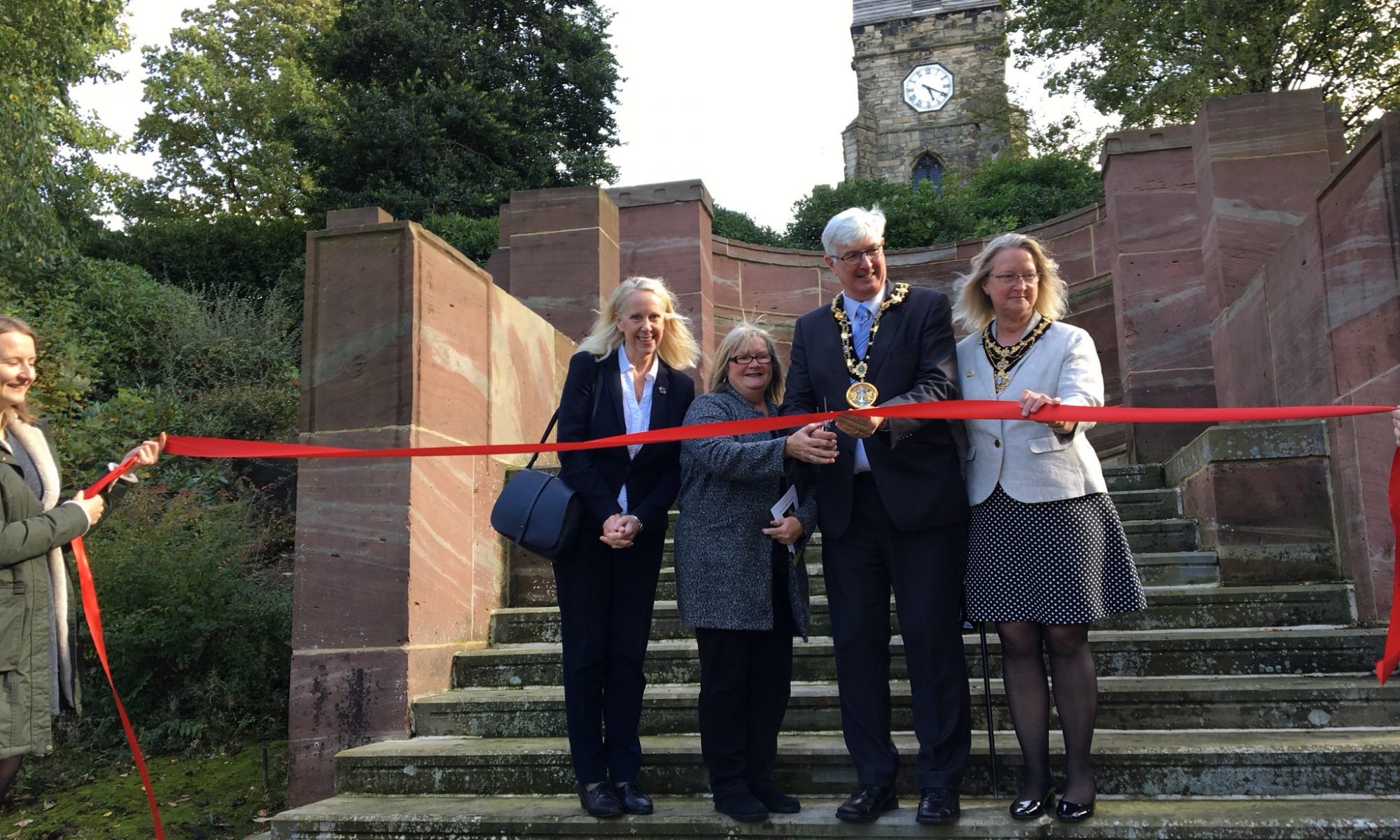 Edgar Wood’s restored Jubilee Park staircase with its unique curved exedra was officially opened at 12 noon on 13th October, 2017 by the Mayor of Rochdale, Councillor Ian Duckworth. Also in attendance were MP liz McInnes, Mayoress Christine Duckworth, Chairman of the THI board Mr. Malcolm Alan and Councillor June West. The photograph was taken by surveyor, Lynda Jubb, who oversaw the conservation work. It was funded by the Edgar Wood & Middleton THI.

This was, in fact, the very first official opening. The original opening ceremony was cancelled because the benefactor, T. B. Wood, Edgar Wood’s father, was taken seriously ill and it was never rescheduled. At that time, the staircase had a unique art deco drinking fountain at the top and was known as the Jubilee Drinking Fountain.

Click Here for details of the history of the Jubilee Drinking Fountain and its restoration.