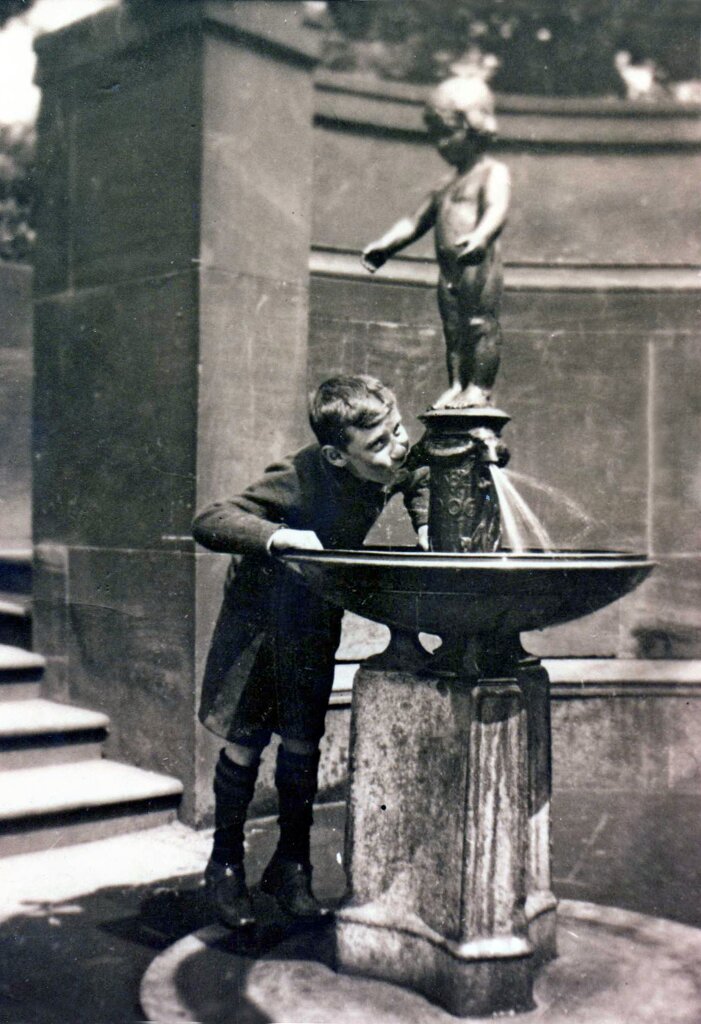 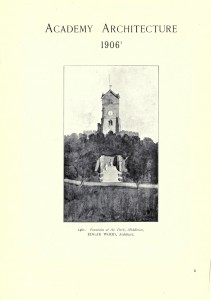 Edgar Wood Society and Greater Manchester Building Preservation Trust are looking into the history of Jubilee Park Fountain and whether it is possible to restore it.

The fountain with its staircase and curved ‘exedra’ was donated by Thomas Broadbent Wood in 1906. He was a greatly regarded Middletonian and father of Edgar Wood, who designed the structure. The design was drawn in 1905 and was so unusual and interesting that it was displayed in the Royal Academy in London and used as the cover for its annual architectural journal, Academy Architecture.

Unfortunately, the fountain no longer exists. If you know what happened to it, or if any part of it survives even if damaged, please let us know by emailing edgarwoodsociety@gmail.com.

Finding any remains would allow us to accurately measure them. However, historian and writer, Harold Cunliffe, has let us have two old photographs which allow us to work out the dimensions almost as well. The trick is to find the exact point from which the old photo was taken, both horizontally and vertically, by carefully working off the photograph.

Then you retake the picture today with a measuring staff set at exactly the position of the fountain and its sculpture. You then merge the photographs in a photo-editing program like The Gimp. Vertical measurements can be read off the staff while horizontal measurements are likewise worked out by digitally turning the rule on the staff.  With such measurements, a mason and sculptor could replicate the design very accurately, using the photos for the details.

These are our first attempts just using a ranging pole, as we currently don’t have a measuring staff. The photos are very close to the original viewing point and the result is very encouraging.  Next time, we hope to get it spot on! Even so, they have already shown that the bottom two steps, where the stone has recently been stolen, were not part of Edgar Wood’s design at all but were added later. Click on the photos to enlarge them… 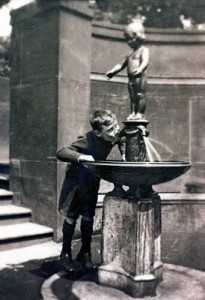 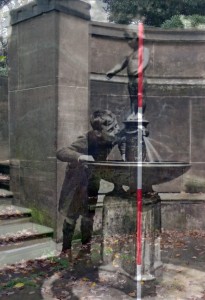 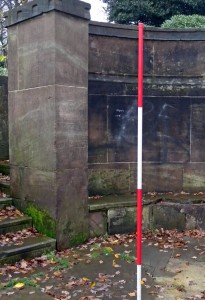 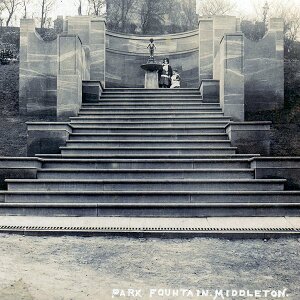 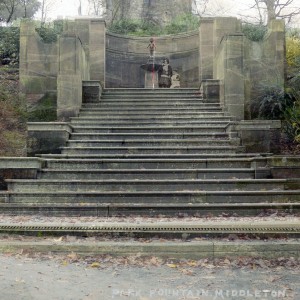 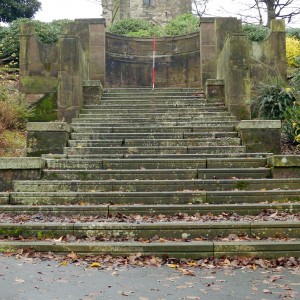 This technique was used to restore the original gateposts and fencing to Edgar Wood’s 36 Mellalieu Street. It was inspired by Edgar Wood’s own technique of the ‘measured sketch’ that is sketching old buildings and features and then measuring them. This meant he could accurately recreate the historic features in his own buildings.