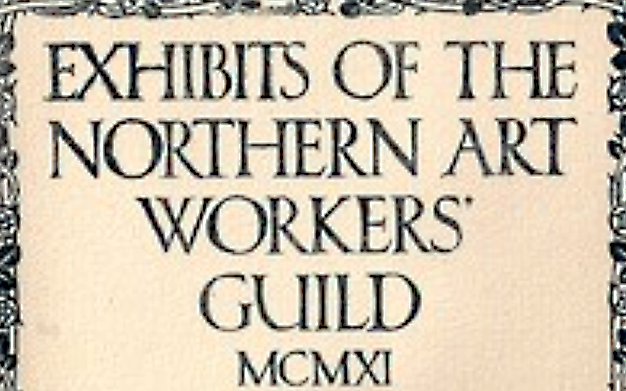 Will Mellor: an arts and crafts book artist

In the Foyer, Sir Kenneth Green Library. Continues upstairs on the 3rd Floor of the library, in the Special Collections Reading Room.

This exhibition  will be closing before the end of the month. See it while you can!

Will Mellor (1885-1966) was apprenticed as a bookbinder and studied at the Manchester School of Art between 1903 and 1909. He excelled in book design and illustration, calligraphy and in fine bookbinding, winning many School awards, as well as national prizes and free scholarships. His work was noted and illustrated in the leading art and design magazines of the day.

Whilst still an apprentice Will Mellor became Honorary Secretary of the Northern Art Workers Guild, the leading organisation promoting and supporting handcrafts in the north of England.

After completing his apprenticeship (1906) he described himself as a book finisher, working on his own account, yet he seems not to have worked full time as bookbinder. He undertook commercial advertising and design work, wrote articles for the Journal of Decorative Art, and was employed as an assistant/specialist teacher at the Manchester School of Art.

He found full time employment in 1924 as the Secretary of the National Federation of Master Painters and Decorators. He undertook some advertising work for his employer, and was an occasional member of both the Red Rose Guild and the Design and Industries Association. In his will of 1958 he still described himself as a ‘decorative artist’.