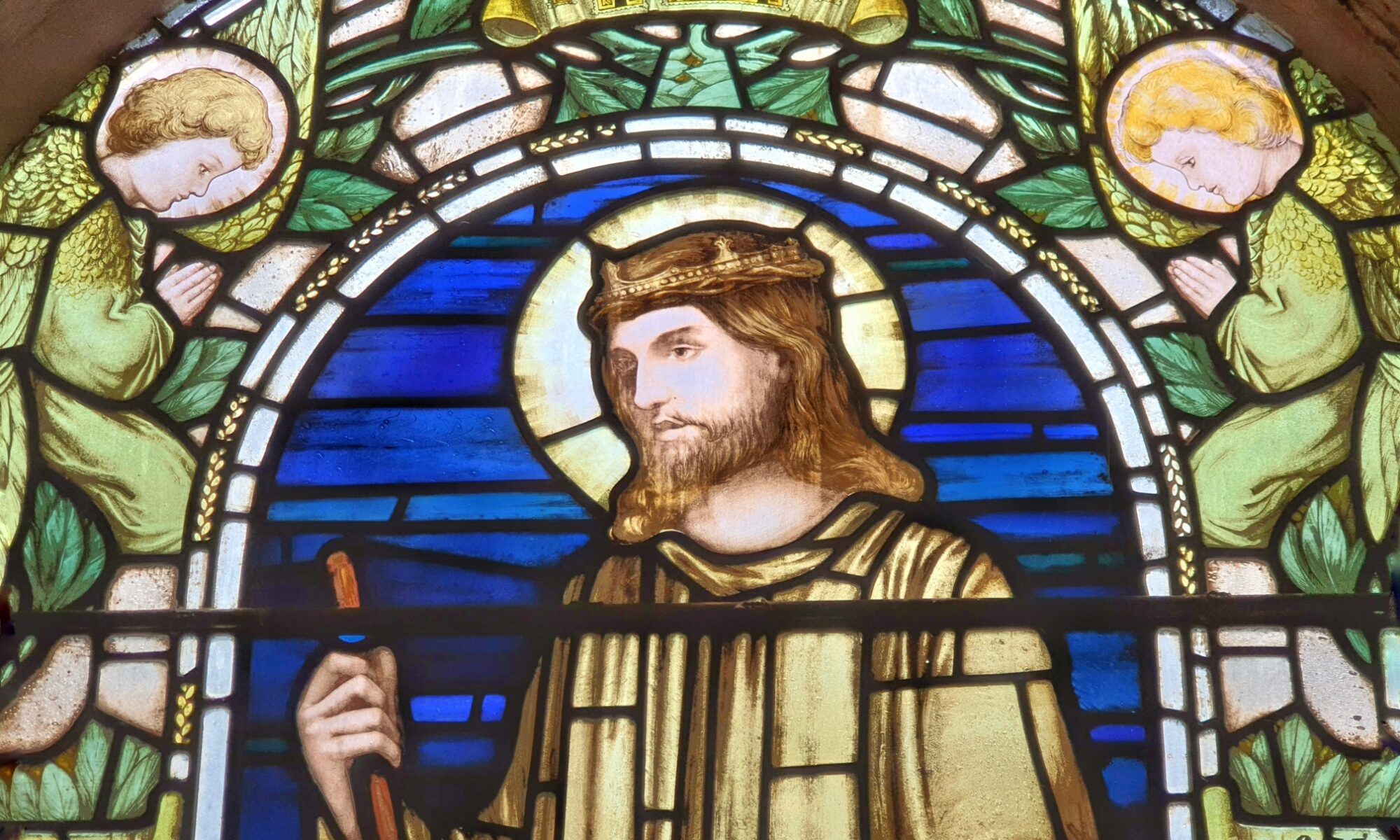 With all the interest in Arts & Crafts churches recently, two books being published on the subject, it is worth mentioning that religious Arts & Crafts work sometimes turns up in quite unexpected places.

A good example is St. Mary’s Church in Wigton, Cumbria. This is a large 1788 classical preaching box, miles from anywhere north of the Lake District. It’s a fine looking building. I went in with my ‘Georgian’ hat on and it certainly didn’t disappoint in that regard.

However, one of the aisle windows beneath a balcony caught my eye with its harmonious green tones and Arts & Crafts character. Looking more closely, a Crane signature marked it out as being by Walter Crane, who, as a metropolitan based socialist, is possibly the last person you would expect to see in these parts.

The window is quite formal – a nod to the classicism of the building, perhaps. It represents Christ as the Light of the World. The border has cherubs sitting on the branches of a climbing plant which grows around Christ as if sustained by his light – a nice blend of Christian and Art Nouveau ideas. The date is 1906, so it is a late work.

Wakter Crane was born in Liverpool and taught in Manchester in the 1890s. He was the first president of the Northern Art Workers Guild which was set up by Edgar Wood. While Crane and Wood knew one another it is not yet known how close their artistic paths coincided. For more information on Walter Crane click here.