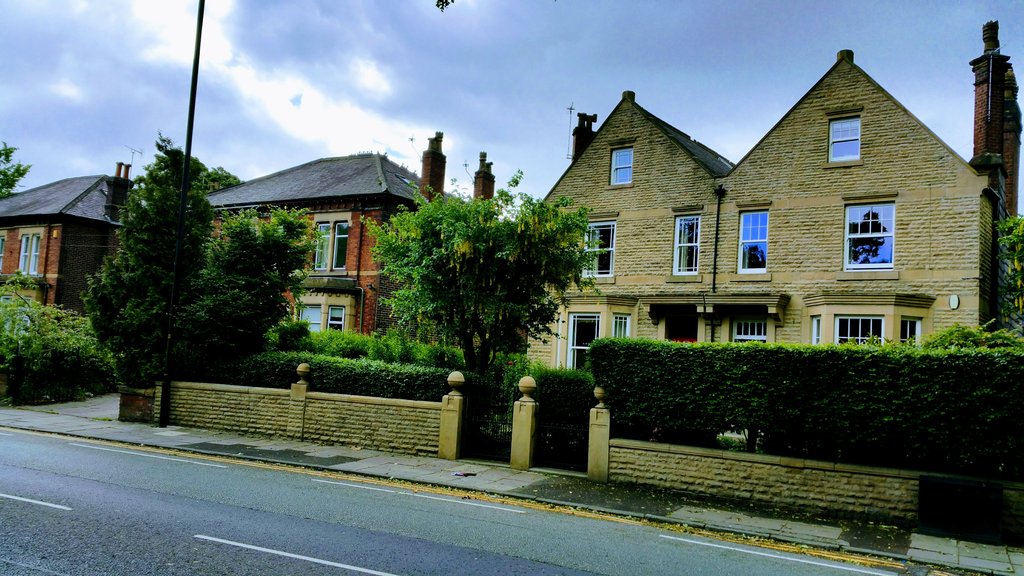 Edgar Wood Society members are currently researching the three pairs of semi-detached houses, 153-163 Manchester Old Road, Middleton and the people associated with them.

153 to 159 are brick and stone houses which were built in 1877, when Edgar was just 17 and most likely under the temporary pupillage of the then Middleton Commissioners surveyor. The houses have a number of craft and architectural features that Edgar subsequently used after his formal training which began the following year.

Fast forward ten years and, despite an almost identical ground plan, the stone-built 161-163, West Lea, looks very different, the front elevation being something of an homage to the vernacular home of William Morris, Kelmscott Manor.

Much more later when we’ve finished the study.