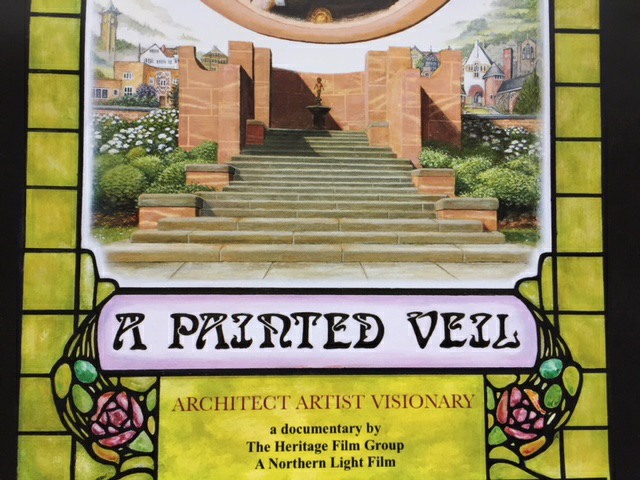 The premier showing of the ground breaking documentary ‘A Painted Veil’ by film maker Anthony Dolan and written by David Morris took place at the Art Workers Guild in London on Thursday 1st March.This film about the visionary architect, Edgar Wood is long over due. Well known in the late 1800s and early 1900s along with Charles R Mackintosh, Charles Voysey,  Baillie Scott  and others, together with being recognised in Europe and North America, he slipped from recognition. Unlike other architects of the day who moved to London to pursue their careers, Wood remained in Middleton for much of his working life and was recognised by Pevsner who called  him ‘That remarkable Manchester architect’. The Middleton connection was well represented in London, Greg Whatmough (left) and Keith Law (right) with Anthony central. Both Greg and Keith are Middleton Moonrakers now based in the south and were both active members of Long Street Methodist Church (artsandcraftschurch.org) before moving away.

The film will be showing again on the 8th March at Lindley Methodist Church, Huddersfield HD3 3ND where the chancel of the church was designed by Edgar and on 15th March at Long Street Methodist Church M24 5UE, which is regarded as his masterpiece in Middleton.