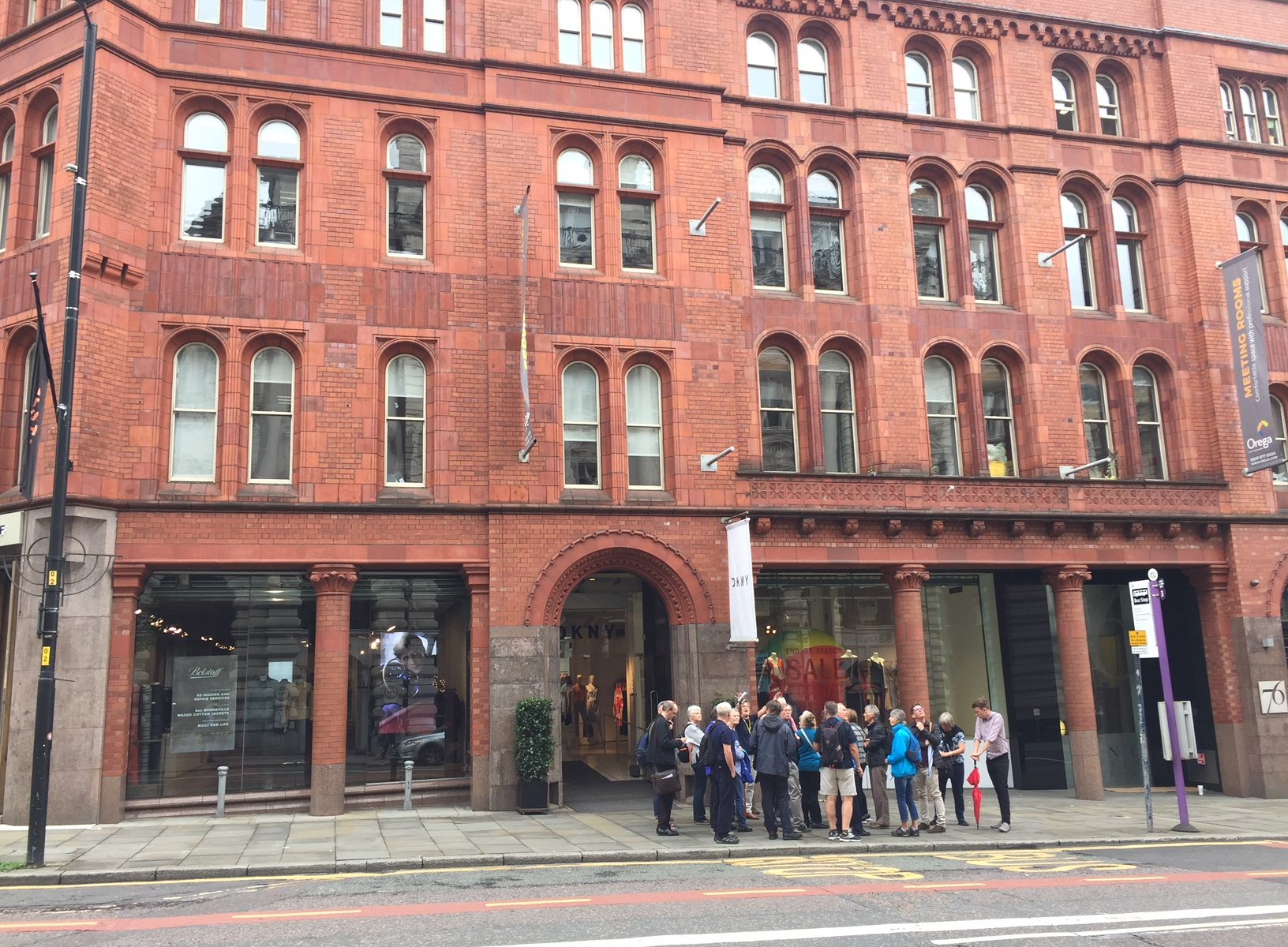 Sibby an Edgar Wood Society committee member led a guided tour of 25 on a city centre Arts and Crafts tour. A sell out with the funds being donated to the EWS.

The start was at the war memorial in the Victoria Station, sculpture by George Wragg then on to the Eric Gill bas relief on the Cathedral 1930’s extension. Moving on to the Boar War memorial in St. Ann’s Square followed by Lutyen’s bank on King St. We also found Edgar Wood’s office on King St. (picture above) and the site of his previous office on Cross St. On route we visited the John Ryland’s Library then on to Albert Square to find a fine example of the work of John Cassidy, who designed and made many sculptures for the city.

The staff at the Midland Hotel kindly allowed us to view a beautiful window by George Wragg, before we crossed the road to Lutyen’s war memorial. The tour concluded at this point although several of the group went on to the Art Gallery to see the Annie Swynnerton exhibition, which is highly recommended. 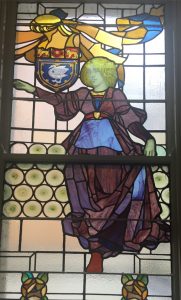 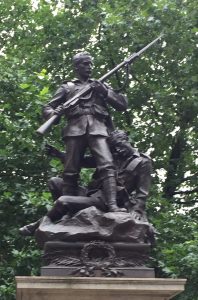