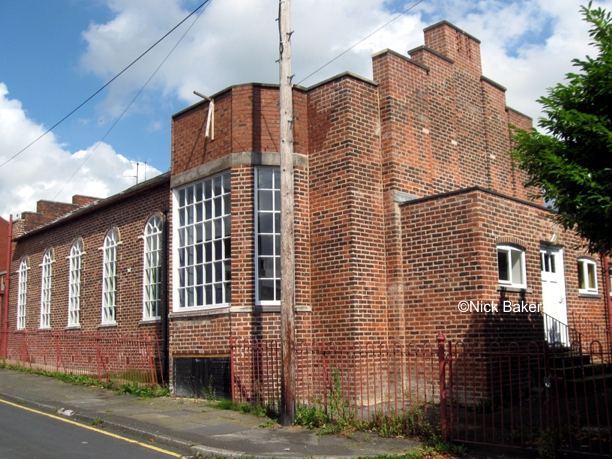 Middleton’s Milton Street Family Centre was closed and sold a few years ago but not before it was lovingly restored by Middleton Township and Rochdale Council’s building repairs team.

New owners want to convert it into ten flats, something which would destroy the interior spaces, replace the lovely windows and install rooflights into the prominent Westmorland slate roof facing the road. The planning application is being considered by Rochdale Council planners and public comments can be seen and made here (the plans can be viewed also). Rochdale Council Conservation section comments have yet to be posted online.

The family centre was for a long time a nursery and before that it was Middleton’s Independent Labour Party Club House and HQ, built in 1912. Furthermore, it was designed by Edgar Wood in a very early Art Deco style. It is completely unique in England and an important monument to the growth of the Labour Movement in Middleton and Manchester.  Here is an expert report on the building carried out by the Middleton Edgar Wood project Independent Labour Party Clubhouse, Middleton HBR aug 2014

We all want to see this fantastic monument in the conservation area reused but the current proposals need modifying to prevent irreversible harm to part of Middleton’s unique Golden Cluster of heritage buildings.